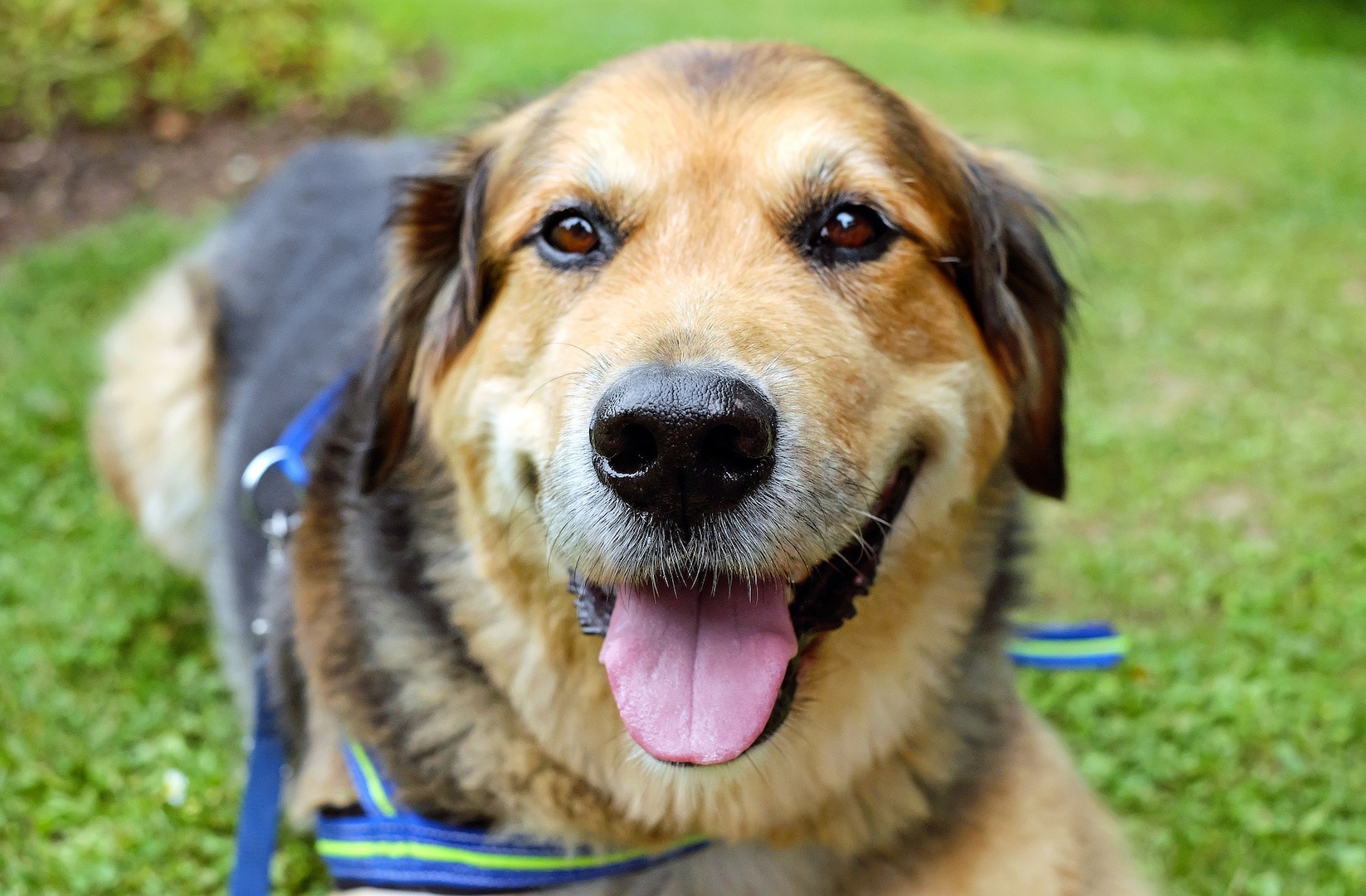 While the idea of animals providing comfort for their owners isn’t a new concept – who doesn’t love a slobbery dog kiss from time-to-time? With animals providing physical contact, companionship and a deeper sense of connection for their human, service animals are increasingly seen and are being studied as an effective a way to help soothe people’s physical, emotional and mental health problems.

We all know the happiness bounce we experience when we happen upon an adorable dog or cuddly kitten, so it makes sense that a pet could be effective in helping managing issues like anxiety, depression and stress.

A recent article in the Huffington Post: ‘23 photos that capture the bond between service dogs and their humans’ showcased that with some training, dogs can really help humans overcome anxiety and alert others when their owners are in distress. It was especially heart warming to see that two were former shelter dogs!

Coming in at #16 is Buttercup and her owner had this to say:

Buttercup was picked up off the streets and going to be put down before she was rescued by Paw Prints in the Sand, where they saw potential in her to be more than just a pet. When she came to me, I wasn’t able to leave the house because I had no warnings before episodes would happen…if it wasn’t for her, I probably still wouldn’t have the freedom to go out, especially by myself….that’s a freedom I didn’t think I would have before Buttercup came into my life. It’s really a ‘who rescued who?’ situation. — Jordon O., Buttercup’s dad

Kelly Reeves, president and co-founder of Paw Prints in the Sand had this to say:

We have a program called ‘From Shelter to Service’ where we rescue dogs that are going to be euthanized in our shelters and train them to be service dogs. Buttercup is our program Ambassador. She was literally in the euthanasia room at San Bernardino shelter when I got there to pull her. It turned out she was pregnant too! Four puppies and lots of time, care, and training later, Buttercup is now thriving as a service dog!

The second dog and coming in at #22 is Stella. According to her owner:

Stella was adopted by me and my partner (Joe) in 2017 who was suffering from PTSD as a result of complications from a stroke he suffered two years ago, Joe struggles with night terrors, dissociative episodes and anxiety. Joe adopted Stella from a very special psychiatric service dog training program called Paws For Life at California State Prison in Lancaster, and she has learned to alert Joe of his night terrors before they get out of control and help stop his dissociative episodes. She has given Joe his life back in many ways and has enriched it for the better. — Felice LaZae, Stella’s mom

Paws For Life is one of Karma Rescue’s programs and according to their website:

Paws for Life is a therapeutic program that advances Karma Rescue’s mission to create a more compassionate society by providing safety, refuge and protection for all animals. Over 12 weeks, prisoners and dogs prepare for the American Kennel Club’s Canine Good Citizen (CGC) certification, the gold-standard in canine obedience.

Paws For Life has expanded to include an intensive 52-week training program to ready formerly homeless dogs to serve as specially-trained companions for military veterans coping with PTSD. Dogs learn to perform the essential tasks of an assistance animal – aid with sleeping and eating, alerting to danger, coping with stress, managing anger, perceiving anxiety and panic attacks, assisting with mobility, retrieving medications and facilitating social interactions.

There is a serious issue with shelters bursting at the seams with cages overfilled with abandoned dogs. Not only can people help support their own health needs but save a shelter pet in the process too.  With so many shelters unable to implement no kill policies on account of the stretch on resources and space, it gives people the opportunity to love and care for a rescue animal as much as they’ll get back. Join our Founder and CEO @_SherylJoyce to learn why the Pet Pardon app: t.co/McN1tkXlh9 is an essential too… t.co/WhAsjx66LW